Photo Shooting on the Reuthers Canada Round Trip

Depending on how the light falls, the Lake Louise shimmers at times in an iridescent green. The snow-covered Rocky Mountains loom in the background. A true dream scenery for every hobby photographer or pro photographer... Apropos light. Did you know that the Jasper National Park is one of 20 designated Dark Sky Preserves of Canada? There, the nocturnal darkness is considered nature worth protecting.

Also, the Glacier National Park, extending from the American territory to Canada, belongs to it. It lies mainly in the Selkirk Mountains and is well known for its extended glacier fields. Through the park, a stretch leads over the Rogers Pass that is over 1.000 meters long. The Trans-Canada Highway runs through the mountains, the transcontinental railway line passes through two tunnels. In 1971 the Rogers Pass was declared a National Historic Site of Canada. This means for pro photographers and hobby photographers: Capture this historically important route in pictures!

And even on the adventurous boat tour in Jasper National Park, it is important to have a firm grip on the camera. Tip for fans of history: In the gold mining town of Fort Steele and the Railway Museum in Revelstoke, there are numerous motifs that can capture the Canadian flair in historical photographs. 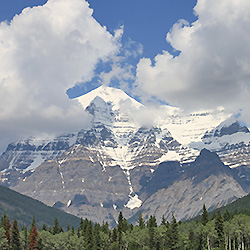 Did you know that there are film studios in Vancouver and Toronto that can hold a candle to Los Angeles and New York? More yet: Canada is addressed as " Hollywood North " and is after the North American cities of Los Angeles and New York the third-biggest film production site on the North American continent. The series "Smallville" was produced in Vancouver until 2011, but also the science fiction movie "I, Robot" or the film for the series "A-Team” used the buildings in Vancouver. What is currently being filmed in the 13 Studios? See for yourself - and maybe one or the other star will show up in front of your lens.