South Africa is well known as the home to animals that one should encounter only with extreme caution. The Big Five - alias lion, elephant, buffalo, leopard and rhino - all stand for South Africa. Yet the country still has much more to offer, than an entire range of national parks. The participants of the Reuthers dream trips learn what they are. With a Motorcycle Tour on a Harley-Davidson or on an Adventure Tour in a Minibus, they explore the beauty of a country which sometimes offers innumerable photo objects. These are the focus of the Reuthers Photo Tours South Africa.

Starting point of the Wild Garden Tour is Cape Town. The second largest city of the country received its name from the Cape of Good Hope. Although the name of the cliffs sounds so positive, the Cape was once greatly feared because of its dangerous cliffs. Today Cape Town is incidentally often referred to as the "Mother City", as it was the first city founded in the colonial period. After the participants of Reuthers South Africa Round Trip caught a view of the most dangerous cliffs, they head off to the next superlative: The southernmost point of the country, the Cape Agulhas. By the way the reefs there are also dangerous.

It gets historical in the streets of Swellendams. Those who detect here the Dutch sound are on the right track: The city was in the middle of the 18th century an outside post of the Dutch East India Company. Moreover the city is one of the oldest cities of South Africa. It also gets historical at the Bartolomeu Dias Museum Ship that the participants of the Reuthers South Africa Round Trip visit in Mossel Bay. By the way: Did you know that South Africa is well known for first-class wine? In Stellenbosch and Cape Town, a South African vineyard can be visited. 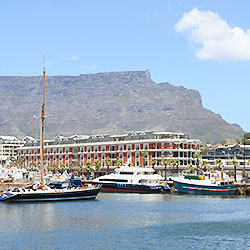 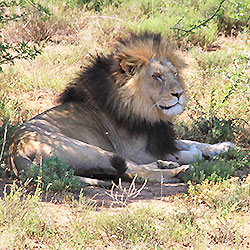 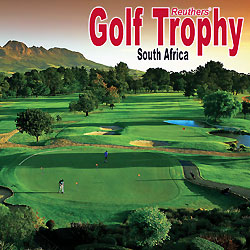 Animal experiences on a South Africa Round Trip

Giraffe, zebras and antelopes await the visitors in the Knysna Elephant Park. And of course the gray giants show up, after which the park is named. And if the elephants are hiding, the participants of Reuthers South Africa Round Trip can experience them first hand in the Addo Elephant National Park.

Off into the wilderness or improve your handicap? Both is possible with Reuthers. On the tour with the auspicious name Wild Garden, South Africa shows its wild side. Besides, not only are there adventures in the Wildlife Park but visits to fantastic cities are also on the program.

A very different approach is the basis for the Motorcycle Tour Harley and Golf: Next to the typical South African highlights such as Cape Town and the Big Five, hobby and pro golfers can improve their handicap.