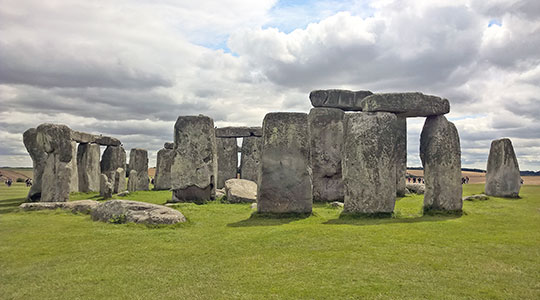 Millions of people turned their back on their home countries in the 19th century - and emigrated from the anglo-saxon region of Europe. Often they moved to the colonies in New Zealand and Canada, South Africa and Australia. Today they are spread out all over the world. Now the Reuthers team invites to a class reunion of those whose forefathers belonged once to the anglo-saxon emigrants: on the "My Heritage" tour.

This with much attention to detail designed tour carreis the participants away for 25 days into the world of their ancestors. "With this new tour, we want to specifically address the global descendants of emigrants from the Anglo-Saxon region of England, Scotland and Ireland," says Hermann Reuther, President of REUTHER ENTERTAINMENTS. On the program are tourist highlights such as Stonehenge, Lands End and Scottish Castles. In any case the country is steeped in history.

Three goals on the tour harbor a special feature: A visit to the Davidson Cottage impressively shows where the Davidson’s stayed before they emigrated to the United States and opened the first Harley-Davidson® workshop. In addition, the history of the forefathers becomes clear in the Heritage Center in Queenstown, because here it becomes apparent what is was like to turn ones back to the native country and to emigrate. And even a foray into the world of children's fantasies is guaranteed because a trip to Robin Hood's Sherwood Forest is also on the tour schedule.

Ready for a trip in following the footsteps of the great-great-grandparents? The quickly reserve your spot on the „My Heritage“ Tour, which takes place the first time next summer 2016.