Reuthers on the trail of the "Big Five":
Wildlife and world cities on the South Africa Harley-Davidson-Tour "Wild Garden" - The next tours start in January 2015

Previous participants describe the Reuthers South Africa Harley-Davidson Tour "Wild Garden" as "breathtaking". And it is at the same time very educational. For anyone who still thought before they took the tour that the "Big Five" were a boy band, they will know after the trip more about the elephant, the leopard, the lion, the rhinoceros and the buffalo. This quintet is called "Big Five" because hunters in Africa once found these animals to be "invincible". 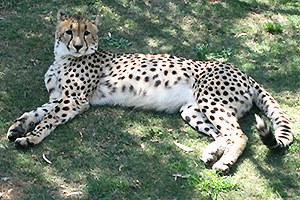 In addition to the animals, also interesting highlights such as cities like Cape Town and Port Elizabeth are on the program. The next tours take place in the time between the beginning of January and mid-March 2015.

The tour was put together in the context of decades of Reuthers experience - and thus leaves the biker's heart beating higher for 12 days. The participants must take care of only one thing: to have plenty of space on the memory card of the camera. The multilingual guides ensure that you receive plenty of information and the luggage is transported in an escort vehicle.

Book and enjoy is the motto at Reuthers. Spontaneity is even rewarded in 2014. For those who decide to book a Motorcycle Dream trip, can participate for free with a bit of luck. Per 100 registrations there will be one winner.

Reuthers tip: The tour can also be found in Reuthers tour program as a bus tour or a tour for passionate photographers.